The initiative #DETENTE promoted by DIPC, UPV/EHU and POLYMAT researchers has been recognised with the XX Manuel Laborde award 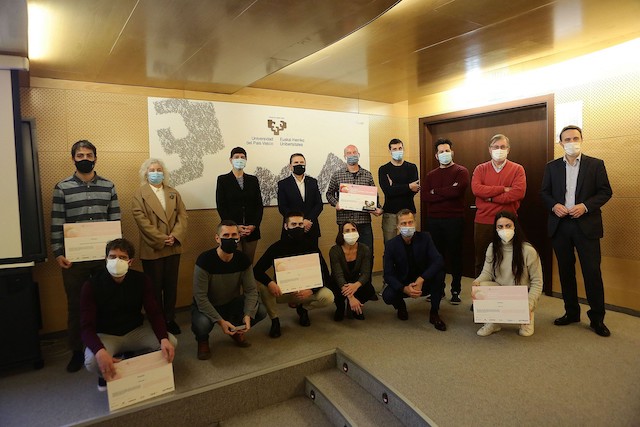 The initiative DETENTE promoted by a multidisciplinar team composed by researchers from DIPC, UPV/EHU and POLYMAT, has been recognised with the XX Manuel Laborde award.  #ManuelLaborde 2020 award.

POLYMAT researcher Thomas Schäfer, the researcher heading the Nanobioseparations group, is involved in this initiative, whose added value is the detection of viral loads through a platform based on specific and ultrasensitive physicochemical techniques.

The research team is also composed by Zoraida Freixa, Ikerbasque Research Professor, Francesc Monrabal and Juan José Gómez Cadena from the DIPC neutrino physics group, Ivan Rivilla and Fernando Cossío from the UPV/EHU organic chemistry group. They have obtained a financial support of 7,000 euros, as well as support and advice from BIC Gipuzkoa.